I am seeing weird behavior where the hardwire translator and all the sensors go offline for a couple of hours and come back online. Not all sensors go offline at the same time and similarly they don’t come back online at the same time. This happened two nights ago and also last night. I am guess there’s something going on with the hardwire translator but wanted to get some insight first before I try to troubleshoot it myself.

Below are the activities snapshot for the last two days:
Today: 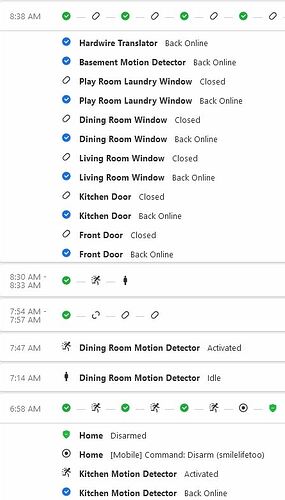 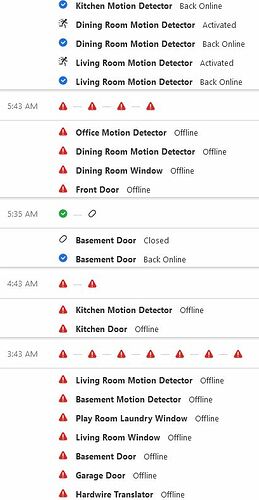 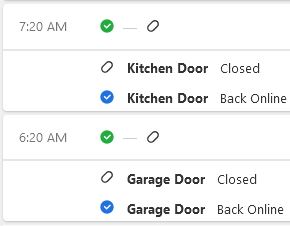 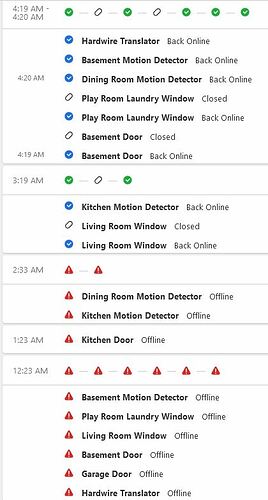 Thank you for your help.

Can you provide a photo of your translator where it is installed? The translator and its antenna should be in the image.

If some of those offline sensors are other wireless sensors though, we should look at the panel location instead.

Thank you for your reply. The translator is in the basement. 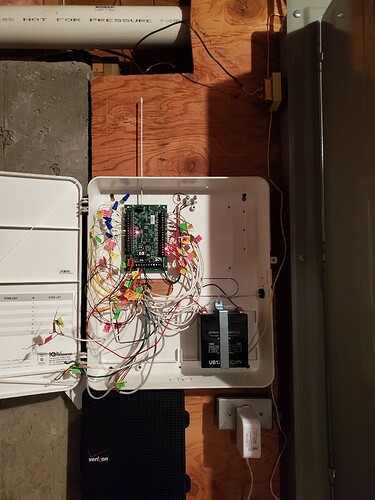 All the sensors that went offline were wired sensors. None of the wireless sensors went offline during those times.

What do you think?

The Translator is in a location that might cause signal interruption. The power mains right next to it might be problematic. Have you noticed this issue on and off since installation?

I would first try a power cycle of both the translator and the panel. Unplug the transformer and battery for the Takeover module, then Settings > Advanced Settings > Reboot Panel.

Any change after powering up the translator again and opening the zones?

No, this is hasn’t been a normal occurrence so far until now. It did not happen last night.

Maybe it may have happened once before since it was installed but I am not sure.

I will try the power cycle and let you know.

So I followed your instructions to power cycle both the translator and the panel last Thursday (1/13). It was fine until last night when it happened again.

Do you have some slack on those wires to try moving the translator away from the electrical a bit?

I will see what I can do to move it away from the breaker box.

How come it has been working fine for a whole year until recently? Shouldn’t this have been an issue from the beginning if the box was the culprit? The locations of the translator or the panel haven’t changed since installation a year ago. Just trying to understand the problem…

Would moving the panel closer to the translator achieve similar effect?

How come it has been working fine for a whole year until recently? Shouldn’t this have been an issue from the beginning if the box was the culprit?

Typically, which is why I asked if it had been happening for a long time. However, given the fact the supervision issue resumed a few days after resolving it. Supervision worked for a few days then failed, and the description of the issue points to an intermittent signal interruption. That’s nearly always caused by the environment or range.

In this case it is more likely the environment.

Would moving the panel closer to the translator achieve similar effect?

It could, if the issue is range or other attenuation between the panel and the translator, not the immediate surroundings of the translator, so you could try that first if it is easy.