Lock not being seen in ADC

For the time Being my I am trying to get my 2Gig Z-Wave stuff working properly. As of the moment I only have a Schlage FE599 and have it added into the 2Gig. I am able to remotely lock/unlock it from the 2Gig and the TS1, but it is not showing up on the ADC site or app, despite my best efforts.

I also want to get some light modules and a thermostat. Is there a better z-wave thermostat than the 2Gig-CT100 in regards to Features/Functionality/Inter-connectivity (for relatively the same price point)? Are there any lower-cost z-wave light switch options out there. I have been looking at everything from Linear to Leviton and GE. Cheapest I have come across is about $40.

I have read some things about the 2Gig-PIR in the forum’s that my findings seem to concur with, even on low sensitivity with the 55lb pound setting. It is picking up my dog. I have it installed at about 7 1/2 ft with a 0 degree tilt. (my ceiling is only 8 ft high). Any advise for getting the 2 Gig Sensor to work better?

There is a thermostat coming soon from Alarm.com slated for early 2015. If you’re not in a rush that might be worth the wait. It’s supposed to be sexier and has some additional features the CT100 doesn’t have like humidity control. If you need it now, the CT100 works well.

I’m not aware of any lower cost light switches but some others on this forum seem to be really good at finding deals. They might chime in.

55lbs is close to the max size for 2GIG pet immunity. It would really depend on whether your jumps up and how it moves around. If it keeps detecting your dog you might try lowing it to about 4ft high and turning it upside down so it doesn’t look down at all. Or you might try another PIR like the Resolution Products PIR (85lbs) or even better the Honeywell 5898 with dual tec microwave. 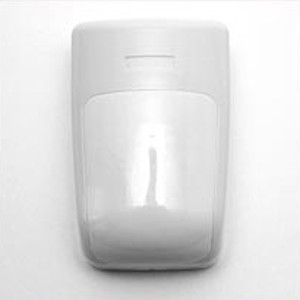 Looking for a 2GIG compatible motion detector that could work with your larger dog? This detector is pet immune with either 2 two 60 pound animals or one dog up to 85 pounds. Do not use with cats. 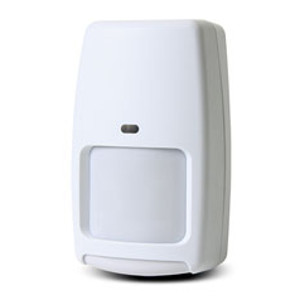 I completely removed the Wink Z-Wave controller and the Schlage Zwave lock model FE599. Reset the Zwave on the 2gig Panel. Added the FE99 back into the 2Gig panel, can see/control from both the panel and the TS1. Only function I do not see is the ability to change the user Codes from the 2Gig, but I am unsure if the Schlage supports that option over Z-Wave.

Checked ADC and the ADC mobile app and the lock does not show up. What else would you recommend I try?

Is it still enrolled in the panel now and able to be controlled? If so, I’m going to try some remote troubleshooting commands.

I wasn’t able to get it to show up. I spoke with someone at Alarm.com about it and apparently there is a known issue that was discovered yesterday where the Schlage FE599 model lock is not showing up on Alarm.com when enrolled on a 2GIG panel. Your account has been added to a list of people experiencing this issue and we’ll notify you as soon as Alarm.com fixes it. Sorry.

We have been receiving reports where when a Schlage lever lock, model FE599, or deadbolt, model BE369, is learned into a 2gig panel, it does not appear on Alarm.com. This is being actively investigated.

Thank you very much for following up with Alarm.com. Very interesting how many z-wave glitches are currently occurring (light switches now locksets).

Do they have an ETR from their developers?

Yep, interesting and super duper frustrating. No ETA that I’m aware of but I’m sure it’s at the top of their list since it’s preventing a people from using basic Alarm.com features.

No update as of yet regarding a fix or ETA. In these situations it is typically the troubleshooting that takes all the time, not the actual fix, so it is hard to give an ETA.

Their engineers are working toward resolution currently though. I will update this thread when the issue is resolved.

Thanks for the update!

It really shouldn’t take this long to resolve, their Dev’s should have resolved the issue by now.

Any word from ADC regarding a resolution?

Would like to know why ADC has not come up with a resolution as of yet, their website lists the FE599 as compatible with their EmPower features. http://www.alarm.com/overview/empower_devices.aspx

Any update that would have broken that ability should be seen as a priority. It’s almost been a full week since the issue was acknowledged by them.

My Frustration is not aimed towards Surety, all of your support staff has been amazing! (Jason/Ryan/Amanda)

The problem has evidently got their engineers stumped, as I received a stock response to my prodding. The issue has no ETA yet, but it is reported currently as top priority. It is very frustrating.

I will say, in defense of ADC, in my experience Schlage is not known to play as well with others regarding integration, probably given their interest in Nexia. If the issue is in any way related to Schlage firmware, it is possibly more difficult to diagnose than other manufacturer’s products.

For testing purposes I removed the Schlage from the 2Gig, Added it onto the Wink hub and can remotely lock/unlock the lock.

So if Wink’s $49.99 hub with no monthly fees has figured out how to communicate with the Schlage, and ADC’s engineering team is stumped… I am at a loss for words … Especially since my model is on their “Compatible EmPower Devices” list.

Just Bumping This Conversation, although it seems to have recently resumed https://suretyhome.com/forums/topic/z-wave-lock-2gig-compatibility/#post-12274

I’m expecting an answer tomorrow on more detail into the problem.

Can you please keep on ADC on this? Unfortunately, I don’t think we are going to get resolution unless you push hard. Unfortunate but true.

I feel this is on ADC’s end. Before I switched service to Surety, I could disarm with my lock. Now I can’t use my locks with my alarm. I really used this service a lot and miss it.

Their “encryption” issues and all the excuses they give seem to be suspect. If there were those kind of issues, why was my lock working just before I came over to Surety? Obviously this is not Surety’s fault. I only say this because their excuses don’t seem logical.

Absolutely. I apologize for the situation. I’m a software engineer and it’s hard to watch something like that go unfixed for this long. I wish there were something more we could do to help but we will continue to hound them.

I have a response from ADC. I don’t know whether this will do the trick but if you haven’t done it already then it’s worth a try. It’s also possible that some people at ADC just felt pressured to tell me something so they did.

We’ve had several customers recently who were having problems with 2GIG and Schlage locks who fixed the problem by replacing the Z-Wave module in the lock itself. It seems there was an issue with the Z-Wave module in Schlage locks produced over the past few years which has recently been fixed. I don’t know for sure but I think it began with the major Z-Wave modifications they did when they released their first motorized deadbolt. It’s a known issue so Schlage has happily sent a replacement Z-Wave module to anyone affected by it. I have heard first hand from people who got one of these replacement Z-Wave modules from Schlage that their Z-Wave problems went away.

Alarm.com says to upgrade to 2GIG’s 1.12 firmware and get Schlage to send you a replacement Z-Wave module. Their experience has been that this has fixed the problem in pretty much every case.

My only reservation is that in your case your lock was working fine until you switched the system to a new Alarm.com account. All of the cases I know of that were fixed by replacing the Schlage Z-Wave module were definitely NOT working fine before. They were unreliable and randomly didn’t work. That’s why I haven’t suggested this fix already - because the symptoms are different. It seems like a different problem.

I see that you’ve already upgraded to 2GIG 1.12 firmware. Have you by any chance already had Schlage send you a replacement Z-Wave module? If not, can you call them and request one?

I am suspect of this as well. But if they will send out a z-wave module for free, it can’t hurt. I will request tomorrow.

You would think they could identify by serial number the units affected.