Will be interesting to see if the August Pro Z-wave version of its deadbolt line get supported quickly by panel manufacturers. Press Release regarding this new model here.

Jason, you said SuretyDIY would be attending ISC West. Are there any pictures you could post of new 2GIG stuff, like the secondary panels?

Yes, we’ll be looking forward to some new insights from our team there! Our tech team is not attending but we’ll post anything relevant that comes our way.

Oh I like the sound of irrigation control! I’ve been holding off on buying a wifi based controller with its own app in the hopes that this would happen with ADC.

Anything new to report from the ISC event? Been scouring the internet and have not been able to find any pictures of the new SP-1 or SP-2 secondary panels.

Bottom left and bottom right are secondary touchpads. The bottom right is a tablet style, released first I believe, which will be a simpler arm/disarm station.

Bottom left is the second panel release which uses the same overall design and features of the GC3 itself. For the most part all the same functionality is expected. 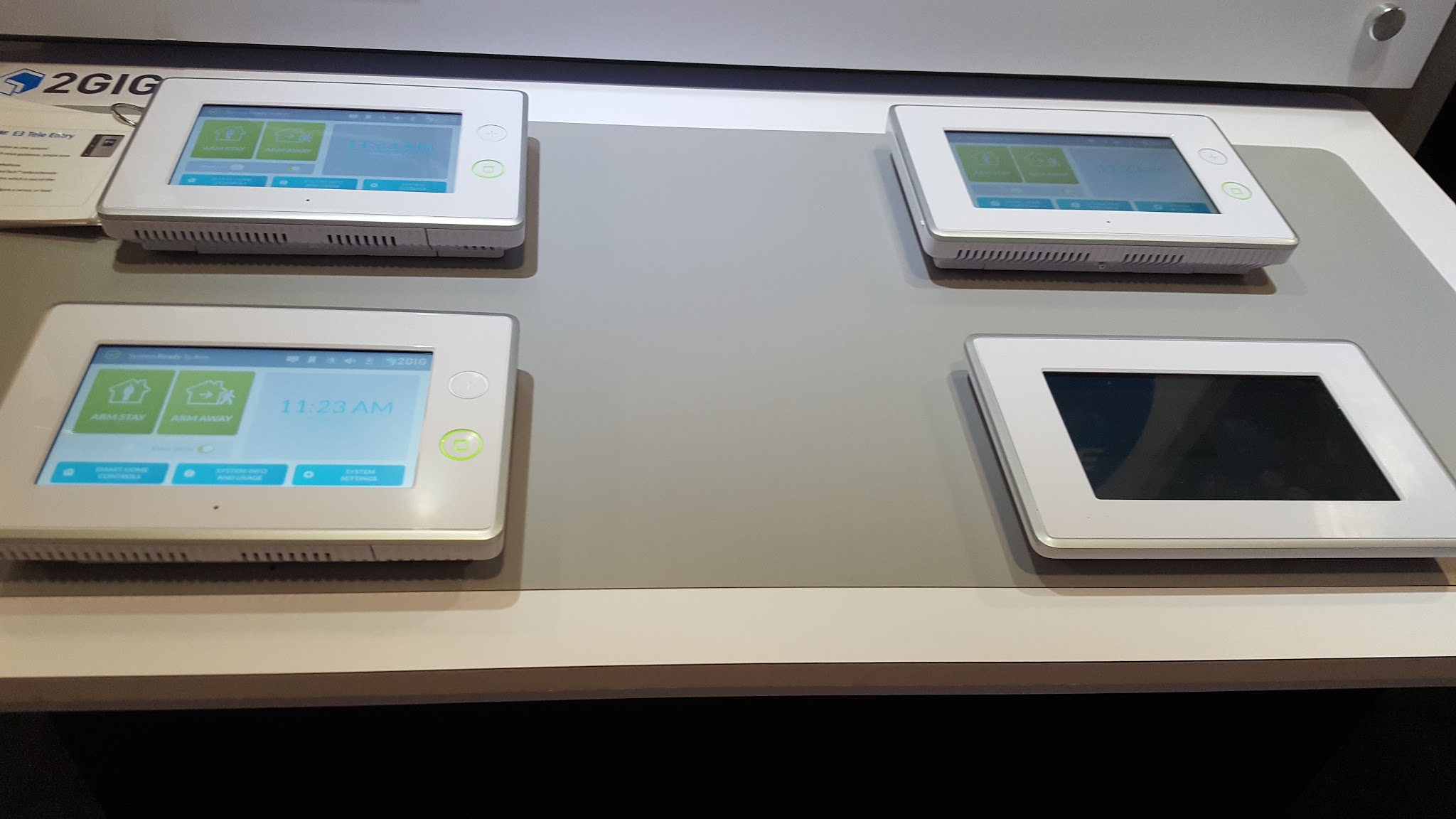 We expect rough release dates in May and July.

Wow, the one on the bottom left certainly looks just like the GC3 itself, but maybe a little thinner, which I would expect.

Thanks for the pics! 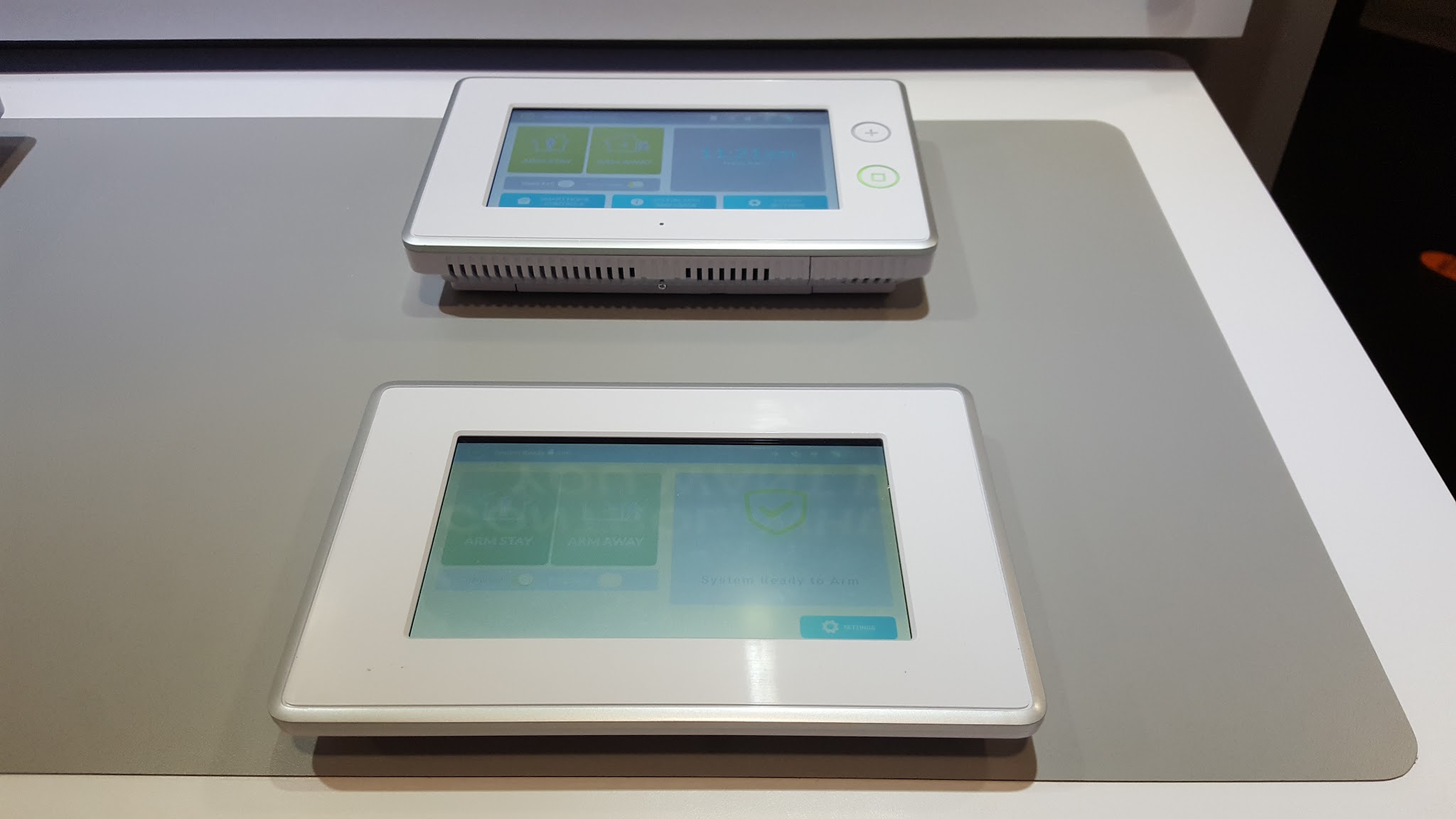 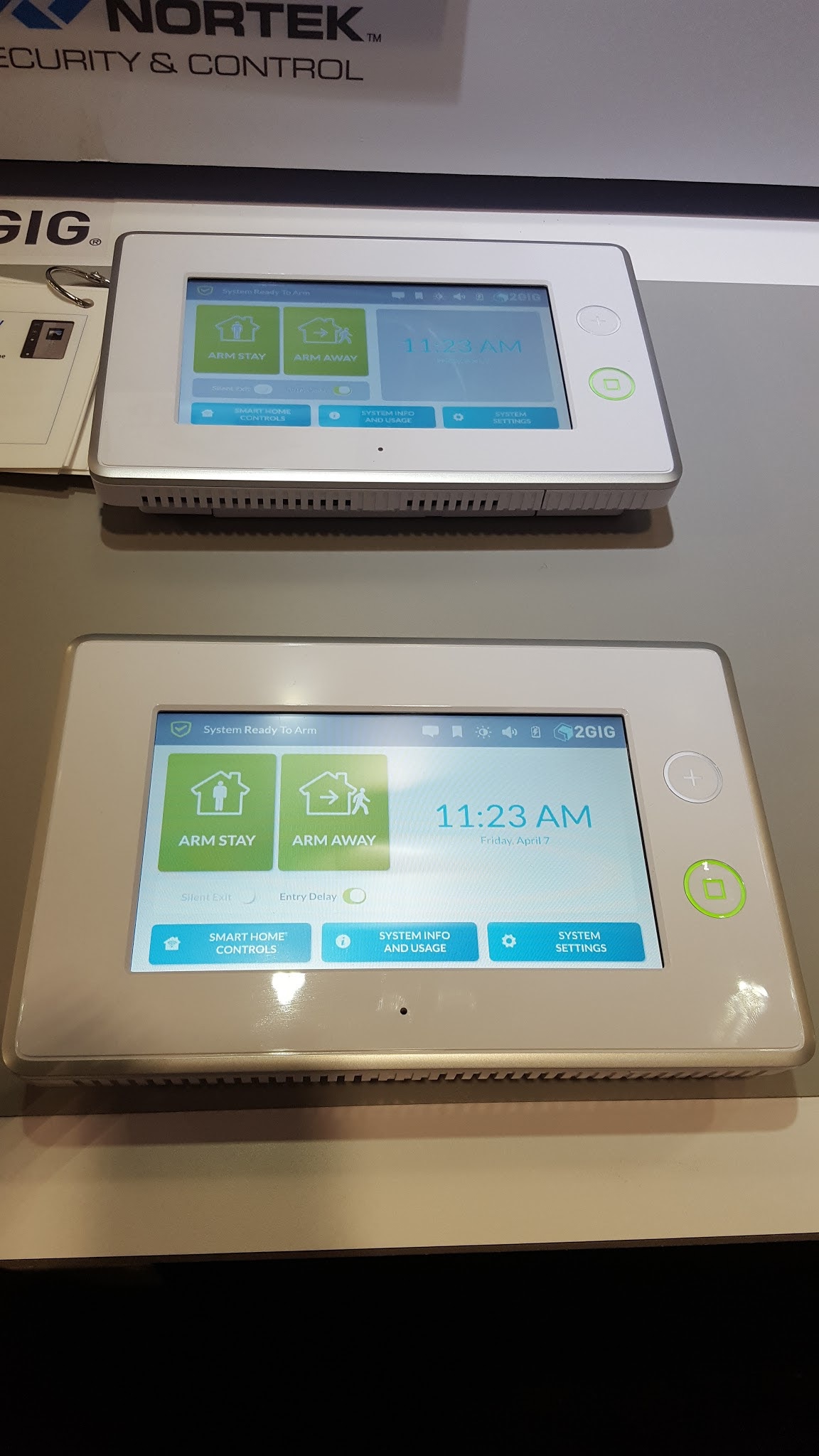 Thanks again. Looks like these were mounted 10 feet high off the ground by the angle of the photos

Did they not want anyone to touch them? Or maybe they were on a table. I can’t tell haha.

They are on a table I believe. I am not there, just relaying photos from our reps there.

I do like the identical styling of the SP1.

Some additional reading here on things being integrated with ADC, such as the Slim line Skybell, Home Audio, and Irrigation

I’m really happy with the design of the SkyBell Slim. Makes more sense to me from a mounting standpoint than the circular one. My doorbell buttons are on narrow trim.

But what about the drones!

Nothing new on the drones that I heard. Just the CES info you can find here.

I would not expect the drones right around the corner. I would guess that is an active, but farther future goal.

Oh I like the sound of irrigation control! I’ve been holding off on buying a wifi based controller with its own app in the hopes that this would happen with ADC.

Jason, will the August Pro be available for purchase from SuretyDIY? Thanks.

Either one works for me, pretty sure the valves are the same. I have a Rainbird controller now but it’s not “smart” so I’ll need to buy one regardless. I think my water utility has some coupons for Rachio now too but guess I’ll have to wait to see what’s supported etc.

Integration with Rachio Wifi Controllers is available now and included with Gold. If you do not see the Irrigation card and have Gold Interactive, send an email to customerservice@suretyDIY.com to request it be activated.

The integration is similar to Lutron Caseta, integrating your Rachio account to your ADC account on the back-end.

will the August Pro be available for purchase from SuretyDIY? Thanks.

We do not have any details at this time on when or whether this will be stocked.

Jason, any new info on when the GC3 secondary panels will be available?

We expect rough release dates in May and July.