Adding a siren to a IQ16s

The specs on the siren are

I paired the board with my IQ 2+
Powered it down added the tamper wire and wired the siren in.

I powered everything back on armed the panel and then opened a door 20 seconds later the panel alarmed but the siren did not.

Should I have wired everything and then paired the unit or did I miss a step. Do I need to add a in line resister in to the siren or any of the other zones (Notice they show red)

Any hints would be great 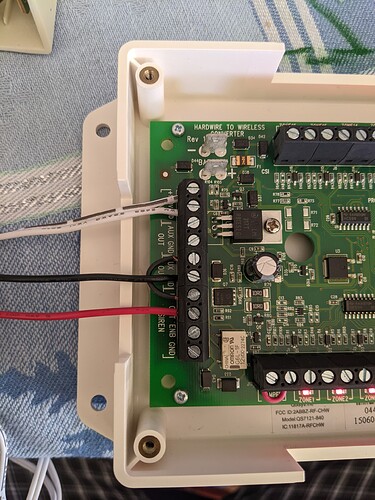 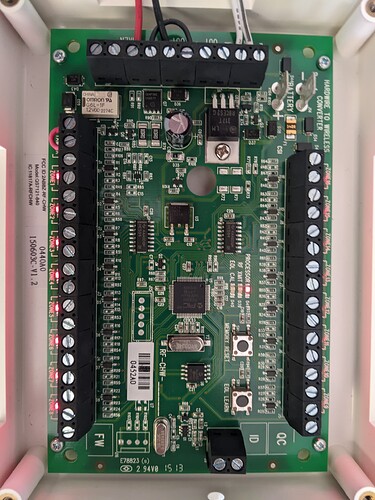 In general, I think the issue would be the model of the Hardwire you mentioned.

It has been a while, but I don’t believe any revision of the Hardwire 16S supports wireless siren activation. You would need a Hardwire 16F for that. See the 16S quick guide here. It needs to be triggered by the Qolsys panel relay.

Thanks Jason for the hint, Now I feel dumb as I had read on the guide
“An on-board siren relay is included for added convenience when setting up a hardwired siren, 60VDC/1A Max drives siren or other device” I then just assumed that the relay would be wireless driven

But from what your saying above and your comments here that I could wire the 16s in as a wired relay and then it would work ? 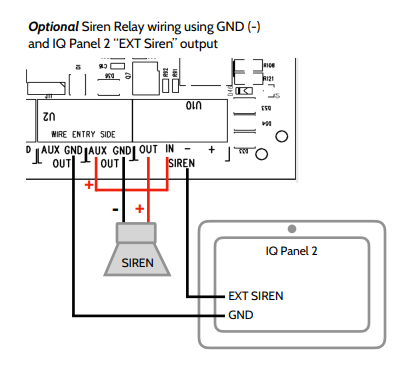 In the future I want to drive an external siren and maybe just thinking about retiring 16s ? and then to just use a relay like the Altronix RBSNTTL . At the moment its all just wired on my kitchen table so its easy to design it.

No, the diagram in your post is from the Hardwire 16F manual. That has different terminals.

If you have the Hardwire 16F, that can be wirelessly driven, or use the optional methods in the 16F guide.

The 16S, if that is the model you have, cannot be wirelessly driven, and has slightly different port layout.

Below is a post describing how to wire the older models of Hardwire 16:

This thread goes over a similar question regarding the IQ Panel 2 Note that unlike the original IQ panel, the IQ Panel 2 siren output is just a relay, it does not produce voltage itself. The ENB terminal is looking for a voltage trigger. This is not a big deal and still just requires two conductors run to the panel, as you can use the aux output on the hardwire 16 as the power supply to trigger the ENB. On the IQ Panel 2, wire the two terminals to ENB and the first AUX. This will deliver volt…

I will have a think about the 16s and maybe moving to the relay I posted above as if I am not using any of the wired sensors it seems a little overkill.

Hope to get this system off my table and on to the wall later this week thank to your help.