Do you know if anyone makes a z-wave wall switch, that also comes with a battery operated remote wall switch? I have a poorly placed wall switch, behind a door. I’d like to have a wall switch that I can mount where it should be, that would control the switch behind the door.

Go with a zwave GE/Jasco switch from Lowes (iris) ($34)
http://www.2gigforum.com/threads/48-How-to-install-GE-Jasco-(Lowes-iris-brand)-zwave-light-switchs 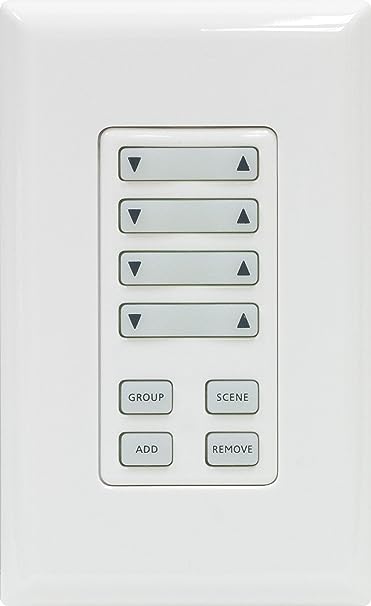 I have not used one before but the Jasco 45631 might fit the bill.

Use a compatible Jasco switch in place of your current switch (2Gig compatible) and associate it with the 45631.

Awesome! This should do the job.
Thanks guys!

I finally got around to buying that GE 45631, but I’m having trouble setting it up as a secondary control panel on my 2gig control panel.
Can anyone walk me through this or point me in the right direction?
Much oblbliged.
Joe

The Control Panel can be added to an existing Z-Wave network as a “secondary” controller (this process is also called replication).

When the Control Panel acts as a secondary controller, devices will only be able to be added and removed by the primary controller. Other than that, all functions are available to either controller.

Use the following steps to add the Control

Panel as a secondary controller:

2GIG can’t be the primary to a secondary controller. To work with another Z-Wave controller it has to be the secondary.

...that is reported to work with 2GIG as a secondary controller.

There is another option though for your remote light switch. You can create your own switch to control the zwave light, and still keep your 2GIG as a primary controller…all you need is a DW10

Interesting, it looks like the GE 45631 can also only be a Secondary controller. I recall being informed by a supplier that it could be used as a transmitter rather than a controller but that appears to not be the case. I will check on that.

Strikes me as a silly choice firmware-wise. Allowing it to be added as a device to the 2Gig network and simply associating buttons to switches rather than it being a controller makes more sense to me, considering its naturally limited function. That is frustrating. As far as battery powered options, you’re extremely limited.

@Jason
Thank you! You understand my frustration.
It’s just a glorified remote switch. I certainly can’t have that as my primary controller.
Please let me know what you find out.

Well, the 45631 can only be a secondary controller and cannot be used as a device rather than controller according to the manufacturer.

There is a product on the market that is pretty much exactly what you want but if I recall it is not 2Gig compatible.

The RF9500 is a switch that operates on battery power and is added to a network, then associated (can do this via an Aeon Labs Minimote) to an actual Zwave switch.

But as stated, I believe it may be incompatible. I would say an easy solution is to use the video suggestion we created that was posted above. Simply using a 2Gig thin door sensor and a switch would allow you to place the switch anywhere the thin door sensor could maintain signal with the control panel. Plus the components are inexpensive.

@Jason
Thank you. I may have to try that video suggestion.

Another question: I was actually looking at the Aeon Labs Minimote.
Do you know if the Minimote, or another handheld remote, would work with any of these switches, that are already connected to the 2GIG Control Panel:
2GIG Plug In Light/Appliance On/Off Switch (2GIG-PS15Z-2)
2GIG Plug In Light Dimmer Switch (2GIG-PD300Z-2)
GE Z-Wave Wireless Lighting Control Dimmer Switch
GE Z-Wave Wireless Lighting Control Outdoor Module

The minimote would just be learned in as a device in your panel and you could use the four scene buttons to control four different custom scenes, yes. Instructions can be found here.

There is a product on the market that is pretty much exactly what you want but if I recall it is not 2Gig compatible.

The RF9500 is a switch that operates on battery power and is added to a network, then associated (can do this via an Aeon Labs Minimote) to an actual Zwave switch.

But as stated, I believe it may be incompatible.

That’s actually a good question. Considering it is just a battery operated switch, it should be relatively simple and an already supported class. I do not have one to test, we do not get many questions about the manufacturer’s products, but I believe it may have been additional functions which threw a wrench into the gears.

If anyone tests this, please let us know.

It does not sound right to have 2gig as secondary. But if right, that is what to do.

It does not sound right to have 2gig as secondary. But if right, that is what to do.

The 2GIG Panel, if used in a multi-controller network, can only be a secondary controller. It cannot act as the primary when multiple are present.

If another controller also needs to be secondary, that means a separate Primary controller would be needed for both.