I only see the Aeotec Z-Wave Micro In-Wall Light/Appliance On/Off Switch in your store…I’m looking for a switch replacement. What should I buy?

I don’t like the wiring that is involved with the Aeotec and I have concerns about it fitting in the box I have in mind…the switches barely fit!

Which panel do you use?

I’m asking because last time I didn’t ask before buying stuff and ended up with Schlage locks…Fingers crossed, they work for now…

This is the place to ask, definitely.

I myself am partial to Linear switch models. (Same as Evolve)

I prefer the GE/Jasco switches $34 ($44 for 2-way switch). Easy to get (your local Lowes in the iris section) and easy to install.

With Evolve/Linear, expect to spend another $40 on top of the switches themselves for the minimote if you plan to install any 2-way switches.

The GE/Jasco switches are good for pretty much all lights except for non incandescent dimmer type bulbs (LED and CFL variants). I use them on fluorescents and CFLs. I dont use dimmer switches or dimmer bulbs. If you got CFL/LED dimmers you might want to go the Evolve switches.

2gigforum.com was started to help the do it yourself home or business user setup, configure, and maintain a 2GIG Technology security system, including home automation. 2GIG DIY Forums is the place where you can get firmware downloads, programming...

Minimote? What the heck is that?

I have a lot of 3-way switches. Do you have to replace both or one? What should I use for 3-ways with LEDs?

Small in size. Massive on potential. NanoMote One and NanoMote Quad Fob pack all the functionality of larger Z-Wave remote controls into a design that fits n... 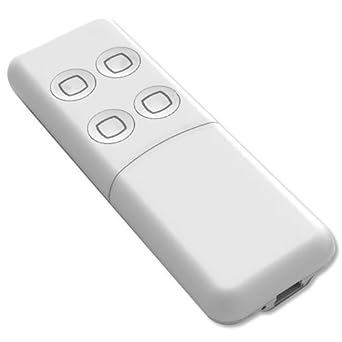 Can I not just bring my primary panel to the switch for the setup and then simply control with my iPhone? I don’t really see the point of another remote…??

If I want to use a z-wave switch on a light fixture that is 3-way with two switches, Do I need to replace both switches or can I just replace one to get the z-wave functionality? I’m thinking about doing my patio lights - I just want to replace the indoor switch and not the switch in the garage to save money - would that work?

(Again, for zwave switches that are NOT LED (e.g., incandescent, fluorescent, CFL) GE/Jasco switches are recommended)

If I want to use a z-wave switch on a light fixture that is 3-way with two switches...

WS15Z-1 (main load bearing) requires the WT00Z-1 (auxiliary). All switches have to be replaced. Use the minimote to associate (include/exclude) the 3 way switches to your zwave network.

You need to replace both switches or render one of them inoperable.

In the case of a 3way circuit where two switches control the same light, the Zwave switch needs to replace the second switch so that it may directly control the load and the auxiliary switch replaces the first. Both also require power all the time which means one of the traveler wires must always pass power from the first switch location to the second, so the circuit cannot act as a typical 3-way.

This is circumvented by using the auxiliary Zwave switch to wirelessly transmit to the switch controlling the load. To achieve this, you must “associate” the two. This cannot be done by the 2GIG panel and is the reason you must use the minimote.

Or…you can completely bypass one of the switches and render it inoperable and just pass power behind it.

This topic interests me. I am wanting to get some z-wave light switches as well, but don’t want the big rocker type as it doesn’t match anything else in my house. The Aeotec Z-Wave Micro effectively turns the switch you connect it to into a 3way circuit, do they not? I’m fine with this, but would it report if the light is actually off or on?

Basically, if I turn on the light with the switch, then a schedule turns it off, the switch would still be in the on position, but the Aeotec would be off. If somebody comes by and flips the switch to off, it would turn the lights on. Would the Aeotec still report the light as off or on?

The same is true of large rockers that replace the switch entirely. It doesn’t turn it into a 3 way switch per-se, but it does turn the physical toggle switch essentially into a momentary push button.

The Aeotec is simply looking for a change in state of the switch in order to control the light itself. You aren’t directly cutting power by throwing the toggle in front.

Okay, I just didn’t want my schedules to be backwards turning off lights when they should be turning on, etc. Thanks for the clarification.

Schedule commands aren’t identical toggle commands. They are individual 0 off, 1 on type commands. If your lights are already on when they are scheduled to turn on, nothing happens.