I attempted to put 2.5.2 on my panel this morning… I changed log to Verbose like instructions say, then entered the patch tag and installed. It went through the complete install process, but when was done the version was still 2.5 with same February build date… was this update pulled?

I don’t believe so, haven’t heard of any issues. Would you like me to try pushing that as an OTA?

Alright I have sent that command. Please allow an hour or so for this to begin and complete the upgrade. (It should be quicker than that).

Your panel will read 2.5.2 firmware when done 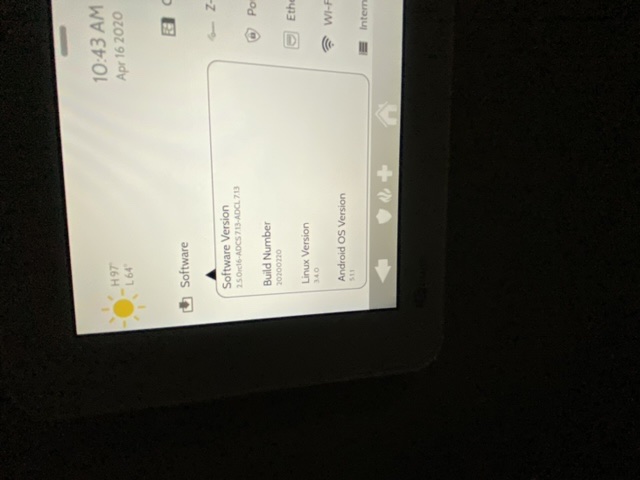 Very strange. The history in ADC looks like the panel responded as though it was successful. I am sending a couple troubleshooting commands to the system then trying again OTA.

Checking with Qolsys to see if there are any current issues or if they can look into this to determine if it is just affecting the one panel here.

Ok. Please let me know what they say… the second push resulted in no upgrade as well

Some follow up. Last night at 5:00 pm I got an email saying that my panel had not responded since 11 am. In the alarm.com app it said that the radio was unresponsive. My panel itself seemed to be working fine, but I decided to reboot it to see if that fixed the issue of not checking in. Right after re-booting panel, I got an email saying it was back online, but when I went to the panel and pulled the settings tab from the top, it froze. It stayed like this for over a minute, then restarted itself. On restart, it started loading “new software”, but after it was done it was the same 2.5 that it had already been running.

That is odd. I am still waiting on a follow up from Qolsys on this (their first response was a bit inadequate, but I think they misunderstood what all had been tried already).

I am going to forward this detail to Qolsys as well. Not sure if this might suggest why the update failed or if it is more a result of the failure. It looks like your panel is responding normally at the moment.

Dont think its a bad panel… Has been working just fine since this but still on 2.5. Any news or update fro Qolsys?

Unfortunately no news yet, Qolsys is still looking into this behavior. I don’t believe they have been able to recreate so they are going off of your panel logs.

Here is the updated TSB with new instructions for manually updating with a patch tag. This should help anyone who was having a hard time getting off of 2.5.0/2.5.1 and going to 2.5.2. You don’t need to follow the additional steps if you’re updating from 2.4.2 or earlier.

Confirmed fixed my problem and updated. Thank you!

Hey, that’s fantastic. The Qolsys support rep on this didn’t update the case with this info, but looks like it directly addresses the issue both in changes to the manual steps and the steps made by ADC in the OTA push.