How do i wire in resistors for hardwire zones i am moving to the power g wired to wireless module?

Resistors are spliced onto the end of the wire in series for normally closed sensors. (the vast majority of sensors are wired this way)

If you have a normally open sensor, the resistor would wire in parallel between the zone input and common.

is the connection between the wired to wireless module and the IQ4 panel hard wired or wireless?

The Hardwired to wireless translator takes wired zone inputs and transmits them to the panel as wireless zones. It communicates with the panel wirelessly.

It does not technically matter. As long as it is wired in series it does the same thing regardless which wire it is attached to, however it is typically expected to connect the resistors to COM, yep. There is no hot and neutral on a sensor detection circuit, however it is best to use color coding to avoid confusion later.

If I have wires from 2 zones from my old system being combined into the new translator/converter (again closed sensors), how exactly do i wire the transistor?

To clarify, are you looking to combine two separate zones into one zone? Such as taking the front door and the garage door and making them one zone that trips when either is opened?

It might help to post a photo of what you are referencing in this case. It is normal for multiple wires to connect to COM terminals. Those COM terminals are all internally connected.

I installed the iQ4 panel and PowerG Wired to Wireless Module ( PG9WLSHW8). I need your help with the following: 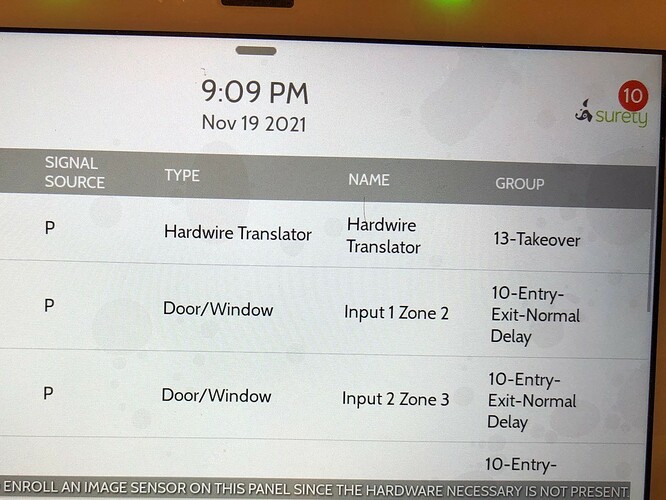 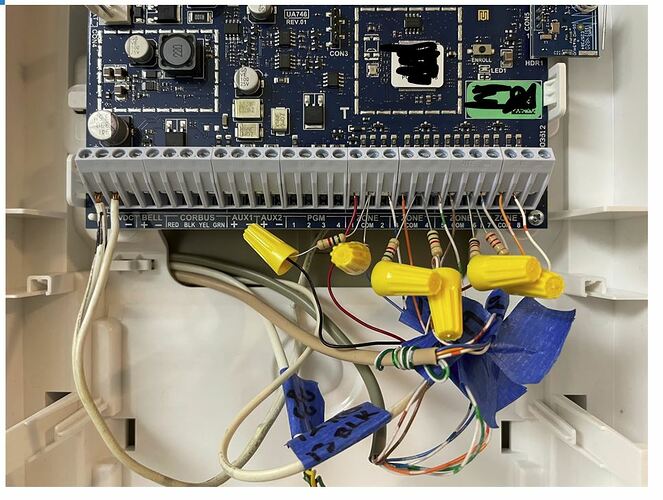 Seven zones are marked closed except the last zone is marked open, but all windows/doors are closed

In your image I don’t see a resistor on zone 7. Is there one that isn’t visible in the image?
However regardless the Open zone in your system programming is zone 8. If that zone is unused it would just need deleted as it will report open with no wires attached.

How do I get the Hardwire Translator to “learn” the zones? I’ve tried:
Auto learn
Arming the system and opening and closing the hard wired windows and doors

The zones are automatically learned in when you pair the Hardwire translator. That is why there are 8 zones already in the device list. They are given the same default zone type. This is described on page 27 of the Hardwire PowerG Translator manual.

The pre-loaded zones are then be edited to match the zone type of that wired input. To do so, go to Settings > Advanced Settings > Installer Code > Installation > Devices > Security Sensors > Edit Sensor.

There you can edit the name and chime, etc. The Sensor Group controls how the panel reacts to that zone.

For windows, use Sensor Group 13 Perimeter.

Here is a list of Sensor Group options and what they do for different sensors you might have.