house&detached garage? will this work?

Hi. I wasn’t sure if I should post this on the forum or an e mail…so, here goes:
I have a house and a detached garage I want to protect. The house already has (3) jamb type wired alarm contacts installed. I also have (3) Honeywell5800-PIR-RES motion sensors and a wireless siren from the previous owner’s alarm.
I would like to have a 2 gig control panel, 3 wireless motions, a smoke/freeze detector, a water sensor, and a siren in the house; I would also like to hook up the existing wired door jamb sensors ( I like the fact they are hidden).
In the garage, I would like to install the (3) existing Honeywell motion detectors. Then I would add a remote touch screen keypad, a second siren, and a second smoke detector.
I am thinking that this way if I go into the house or garage first; either way I can type in my code and disarm the system without having to go into the house first each and every time.
Is all of this possible? The garage is about 100’ from the house, will all of the components in the detached garage work with the system that far away?

You’ve posted in the right place. 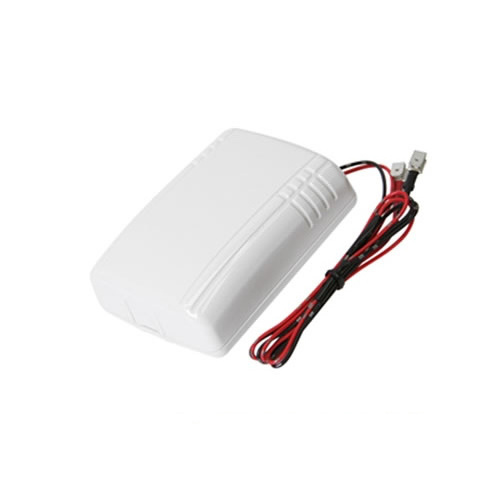 Wireless sensors in the detached garage might not work but if you’re dead set on trying it you might be able to pull it off. It would depend on what the walls of your garage and your house are made of as well as how cold it gets in your garage. It would probably take some experimentation, trial and error. We can provide suggestions on things to try but can’t guarantee anything would work.

Your best bet for the detached garage would be to run some underground cables out there and use wired sensors in the garage and use the Alarm.com app to disarm before you pull in.

Am I missing anything that I will need to install this? (I don’t have batteries or wire on the list, but don’t see where I need any??) or do I have anything listed that I do not need? (for example, I was unsure if I need the transceiver or if it comes with the panel)
Thanks!

Is your detached garage heated and cooled? If not, how hot and cold does it get in you area?

Yes, it is heated and cooled

Does the old alarm panel still work and is the backup battery still good? That would be used as the power supply and battery backup for the super switch takeover module.

You’re right, you do need the transceiver.

yes, the alarm system did work when taken out. I don’t mind buying a new battery if that is the right thing to do. Do you sell them as well? (I would just add that to my order)
So, it looks like I have the right plan here?
Also, from what I was reading it also looks like I do not need a siren; as they are built in, right?

Is the old alarm panel no longer there? It’s needed as a power supply and battery charger for the super switch takeover module. If it’s been removed then the super switch is difficult to use - you would need a special battery charger device such as a Honeywell HPL624. In that case you might be better off using a Resolution Products RE208 wired to wireless translator because it can be plugged directly into the wall or it can run off just AA batteries without being plugged in.

We carry these but we don’t currently have them on our online store. I can put in a request to have that item added if you need one.

We don’t currently sell alarm panel batteries but they can be purchased at a local battery store if you need one with the super switch.

The 2GIG panel has a siren built in. You only need the wireless sirens if you want something louder or in an additional location.

I warned you about the wireless signals reaching your house from the detached garage. I recommend being very careful not to scratch/damage those items and keep the packaging completely in tact in case they don’t communicate from the garage and you need to return them. Test them in their final locations to see if them communicate before physically mounting them.

ok, makes sense, but this is starting to get a little complicated. I want to install myself, is this still a diy project?
Is there a way I could call you to walk through what I have to do and what I need before I purchase?

The detached garage has the potential to get pretty complicated. I wouldn’t recommend trying it unless you enjoy tinkering with this stuff and you’re willing to risk some time and money. It could go smooth as well though. The only safe bet would be to run buried cable and use wired sensors and a siren in the garage. I can describe how to do that if you want.

They don’t let me talk on the phone. My job is to support the forum so everyone can benefit from the information.

ok. while I would like to have the garage monitored, I suppose I don’t have to. A siren will likely scare off an intruder. I would lose the fire protection though.
I suppose I could buy the products listed. If it all works, great. If not, then would the remote panel coupled with the sensors in the garage work as a stand alone unmonitored system?
If the answer to that is yes, then I have nothing to lose by buying the equipment and trying to make it work like I want.
Sorry about continuing this for so long; just want to make a good decision before I start buying stuff. Thanks!

Ask as many questions as you like. That’s what we’re here for.

The TS1 secondary touch screen would not work as a stand alone system. You would also not be able to use a wired smoke detector with 2GIG even if you did run cable to the garage. 2GIG only works with wireless smoke detectors.

You could get just the stuff you need for the main house and during installation take one or a few of the wireless sensors to the garage and and see if they can reach the 2GIG panel from there. If they work from the garage reliably then you could order the additional sensors you want for the garage. Install the 2GIG panel on the side of the house nearest the garage. That approach wouldn’t help you test for the TS1 though - which uses a completely different wireless signal than 2GIG security sensors.

We find that this usually isn’t an issue because the vast majority of installers don’t install EOL resistors, or if they do use them they put them in the control panel box which makes them very easy to replace. The problem arises if the installer went the extra mile and put the EOL resistors at the end of the line (where they’re supposed to be) in order to maximize security.

Any chance you have a multimeter?

The resistors would just be wired in series with the sensor circuit, so soldered to the sensor wire would be fine, but not to the terminal block of course. Typically I would recommend just crimping with an inline or B-wire connector. Easier that way and no reason not to.

Traditionally soldering was recommended because crimped connections had the potential to corrode over time (years) which would change the resistance on the loop and could cause false alarms. Nowadays we use gel filled b-wire connectors (beanies) which allow us to crimp without the risk of corrosion over time. 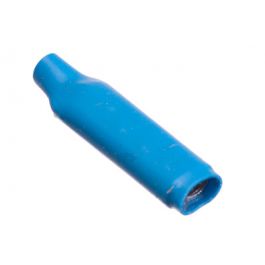 The key is that they’re filled with gel to create an air-time seal and prevent corrosion and thus false alarms.