Family member purchased a townhome with an inactive wired Honeywell-based system. The home has three levels and two cabinets housing the alarm equipment. From what I can determine the original system employed a SA5882-2L/SAV20AMTE system and later a SA5882-4/SAVS20P3 system which appears as a ‘takeover’ connected to the SAV20AMTE.

What if any components can be used in a Surety/ADC monitoring arrangement? The number of monitored zones appear as less than 10 (8 from what I can remember.) The system includes window, door, motion, and smoke sensors.

Open to using (any) existing components or starting from scratch if that makes more sense. I did take photos of the PCBs and operation panels, which I presume will be useful as the discussion continues.

Some honeywell panels can be connected to Alarm.com via the Alarm.com System Enhancement Module (SEM) but I believe the SAV20 AMTE is not compatible with that device.

To better assist, posting pictures of the boards, especially any stickers on the boards, is always helpful.

Worst case scenario, wired sensors can be re-used with a takeover module to convert wired sensors into wireless, but a new Alarm.com compatible panel would be required.

So four pics follow; I’ve more but want to be mindful of the space taken. You may delete them from the community space once you view this reply.
Oldest/original board: 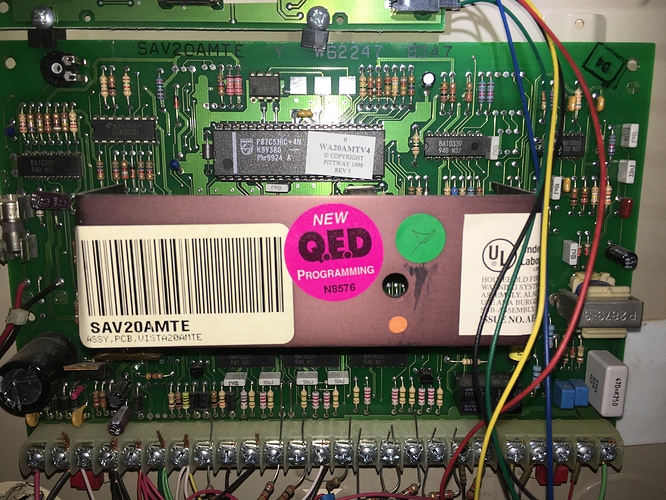 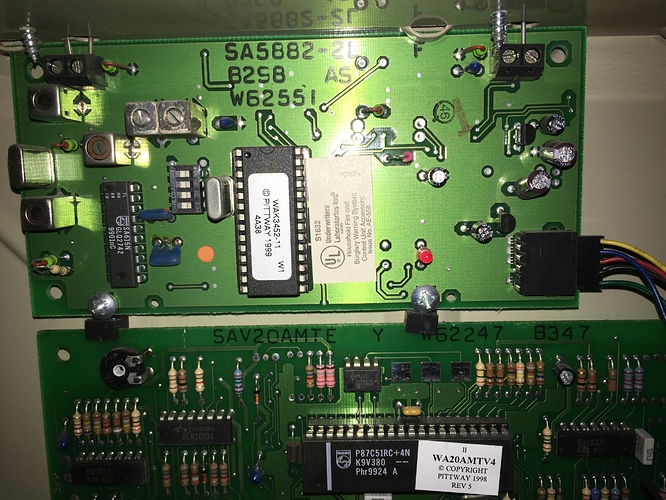 What I believe is the ‘takeover’: 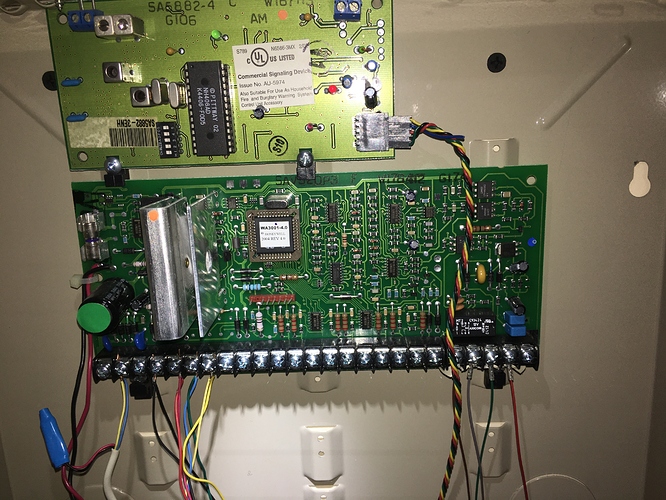 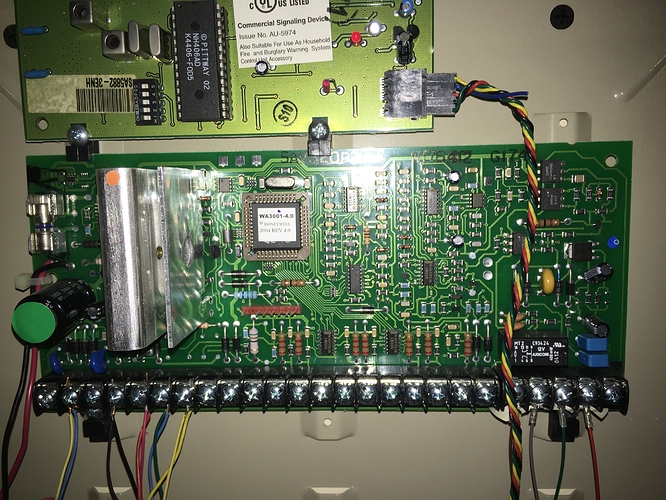 I think you’re right. It looks like the older panel is a proprietary Honeywell Vista 20, maybe from SecurityLink? Then later it was taken over by ADT. They added at least one keypad or touch panel and maybe some wireless sensors.

The easiest thing to do would be to replace it with a system that’s easier to work with. The newer panel is still 16 years old and that’s a kind of complicated setup.

If you just have a bunch of wireless sensors that you want to reuse then you can get the Honeywell compatible IQ Panel.

If you mostly have wired sensors and you want to use them you can get the regular IQ Panel and the hardwire takeover module.

Let us know what all sensors you intend to reuse and whether they’re wired or wireless and we can make a better recommendation.