I have a system already installed in my house. It is a DSC power 1832. It’s a dinosaur so I want to replace it with the new IQ panel.

From what I understand, I can transition from a hard wired system to the IQ panel if I use a takeover module like the IQ Hardware 16 (http://qolsys.com/page-device-iq-hardwire-16-html). I posed the question to two separate alarm companies and got conflicting responses.

The first one believed that I should be able to do it. The other didn’t and wrote the following-

“To use any translator (ie. the IQ Hardwire 16) with that system, your panel needs to have resistors to allow the translator to learn the sensors to the IQ panel. Your system does not have resistors, so the IQ Hardwire 16 will not be able to learn your sensors! If you go to your link, you will see the first body of text says as follows;
The IQ Hardwire 16 is the perfect device to allow hardwired systems to leverage the powerful IQ Panel. The IQ Hardwire 16′s automatic EOL (end-of-line) resistor learning spans from 1k-10k oHms ending the hours of wire splicing you’d normally encounter in an existing system. With a backup battery recharging circuit, 500 amp power supply and siren relay it’s ideal for new construction as well. In your picture there are no end-of-line resistors, which look like little pills at the end of the wires.”

I’ve attached a picture of the inside of my current system in case that might help in making a determination.

What are your thoughts?

Well sure you can. If the Hardwire 16 requires between 1k-10kohm resistance and you have no resistance on the circuits, you could just buy appropriate resistors separately and wire them in.

You would want to use a meter that can test resistance (ohms) and test your sensor circuits with the sensors in a closed state. If you see 0 resistance, you would just add resistors in series.

However, the PC1832 looks to use 5.6Kohm resistance on its sensor circuits, so your panel would likely be registering faults if you didn’t have resistors wired in somewhere.

The easiest way to know exactly what you would need would be to test the circuits. http://www.amazon.com/Dragonpad-Digital-Meter-Voltmeter-Multimeter/dp/B00UMU8MOE/ref=sr_1_3?ie=UTF8&qid=1437171647&sr=8-3&keywords=multimeter

Excellent information everybody! So it is possible. That’s great news.
A couple of other thoughts:

You can use a FireFighter to link your existing wired smoke detectors with your Qolsys panel. 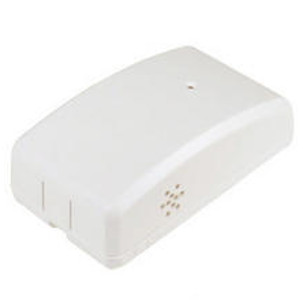 The Qolsys panel has a 12VDC 120mA wired siren output. As long as you have an actual siren that takes a 12V input, and not just a siren speaker, it should work if you keep it under 120mA.