Is the anyway you can check my system for why commands sent from iPhone app don’t always work? This morning at 6:30 central I tried to disarm via iPhone app and ur didn’t and I later saw a notification on my phone that panel commands timed out. Attached is pic of it. 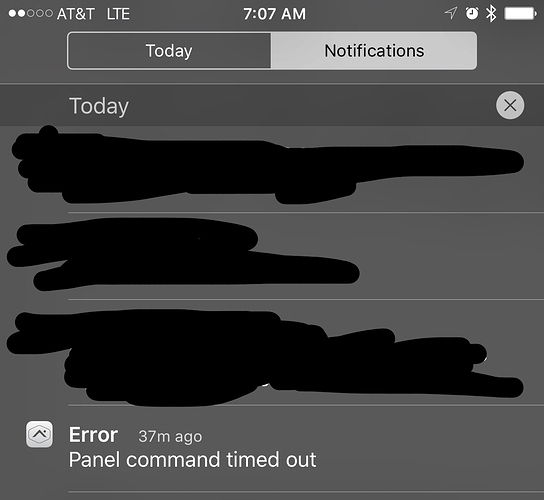 How often does this issue occur?

It looks like signaling strength (since around May) has been stellar on this module.

I do see this morning one instance where the command was sent and wasn’t acknowledged by the panel until 20 minutes or so later. Is the issue frequent? Can you point to other times it has happened recently? It would help in determining a local vs carrier cause

Sorry for the delay. It happens every once in a while. Should I just comment back in this thread each time it does it to have someone check and troubleshoot?

It would help to have a pattern to go off of - when a delay is noticed, let us know or jot it down. One delay in signaling could be indicative of a huge variety of things and is usually a carrier hiccup or if you are sending a lot of commands at once, the module commands could have gotten backed up.

If it happens frequently it may indicate other issues, but we would not be able to tell from one instance. The more info the better in this case if it does happen often. Dates and rough times are best, as we can check the history and see how long of a delay and which commands were affected to determine a pattern.