For over a year my ADC-V520IR has not been following set schedules. I have tried deleting the schedules and the camera and after restoring, the schedules work again fow a few days, then stop. I can access the camera for live view, but again, it does not record. Other cameras do follow the schedules. Any insight on how to correct it, would be appreciated. Thanks.

EDIT: It turns out (sorry, completely forgot) I had stared the same basic thread over a year ago. 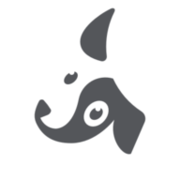 V520IR not recording per schedule

Hello, I installed a V520IR in mid december. One of the schedules was to record every time the front entry door is opened. It was working correctly righ up to a week ago. The camera works correctly in live view, but does not record. I’ve tried...

Another user has reported this issue as well. It’s been an elusive problem, but Alarm.com has been tracking this as it affects a small number of cameras.

A new firmware version is being developed to resolve the issue fully, which should be available in the near future.

We can notify Alarm.com that your system is seeing this error and they can monitor the connection, should the connection to the recording server be interrupted, they can send a remote reboot command to the camera (so you do not have to power cycle).

Thaks for the reply. How can I get on ADC’s monitor list?

I’ll put you on there if you would like. Would that be ok? Let us know if you still need to power cycle at any point after a day or two.

Yes, please. Do you need a MAC address or anything from me?

Nope, Alarm.com will have that info. If you have multiple cameras and only one is showing this issue, let us know which, otherwise I’ll notify ADC that the V520IR on your account is showing signs of the same recording server syncing issue.

Jason, I noticed last week that I’m still having the same issue as above. I started this thread a year ago. Has anything changed? Thanks.

Yes, there have been a couple firmware updates targeting services in the cameras to resolve these issues, but there are a couple still outstanding.

To confirm this issue is what we expect, can you provide a description of when the failures occur? Is it on VMD schedules, sensor trigger schedules? When a schedule fails to upload video, does a power cycle immediately resolve it?

Also, the next time you notice this state, when the camera is not uploading video, can you let us know then and we can have Alarm.com pull some logs from the camera. That will give us the best insight into the issue.

Yes, that is the latest firmware, but I think we may be getting ahead of ourselves. The last alarm event appears to be the 8th, correct?

I see both cameras showing clips from that event. Note that the HD100 splits the clips up into 3 labeled event triggered, but those are due to the alarm occurrence.

Could you specify when you noticed a schedule error?

Yes, that was it. I didn’t see it at the time and checked this morning. I see the alarm notification, but not the clip.

We can’t actually view video but we can see individual clips listed by time-stamp. There is an Alarm Recording from the V520IR at 4:39:16

That’s the event. I somehow managed to miss it. I’ll keep a closer eye on it. Thanks for your help.

Not a problem! There is a very rare issue which can cause schedule upload failure, but individual schedules aren’t affected, it would be all.

Looking at the history it looks like everything has been recording as expected as far as I can tell.